Hear from a former resident at Locke House about her experience with mental illness and how Praxis Care played a part in helping her to live independently.

“Once upon a time in the beautiful town of Coalisland, I came into the world as anyone would hope to, with a loving family and all but every opportunity ahead of me.”

“I stepped out into primary school, eager to socialise and make friends. However, this excitement was short lived and I quickly realised how cruel kids can be, bullied relentlessly for being a little pudgier than other kids my age. The backlash of this resulted in an anorexia fuelled venture from my childhood into my early teen years. I can remember being on a school trip to France, purposely not attending meal times, so no-one could see that I was not eating. At 13 I was introduced to Dr Cassidy, who quite bluntly told me I would be facing infertility should I continue on the path I was on. This was the turning point I needed, as I always pictured myself having babies.”

“At 18 I took the plunge and moved across the water to Scotland, stepping into the big bad world of university. I was studying Nursing at the time and was loving every second of it. I had been free from any symptoms of mental health issues since I had been 13. That was until the night of my 21st birthday when I was handed a “Snowball” at Planet Love, which I now know to have been an ecstasy tablet. This for sure triggered my journey with psychotic episodes. I can remember seeing clouds as the Michelin man, watching dancing characters in the sky, believing very delusional ideas and acting irrationally as a result.”

“I was sectioned and held in a unit close to Paisley, where I can only describe the treatment as something from the dark ages. The term “bipolar” was thrown around and different medication was tried. However, after a year there nothing seemed to work for me. They and I believed the only conclusion was that I was “cuckoo”.”

“I was then transferred to another hospital in Paisley, where I would improve slightly, enough so that I could be released from the ward unaccompanied, however this always ended with me becoming unwell in public and being returned to the ward by the police. With little progress here also, my mother came over and fought and won to bring me home, where I seemed to settle for a while.”

“By 23 I was feeling better, with any psychotic symptoms becoming more manageable. I had been enrolled on a course with Dungannon SWRC, or “the tech” as I knew it back then, studying an NNEB in Childcare. This ended in tears as an anonymous call to my placement informed them that I was “Bipolar and shouldn’t be left alone with children”. Things began to unravel, and the psychotic episodes, “highs”, hospital admissions and alcohol use became ever more frequent over the next few years.”

“Let’s jump to 30, when things were really spiralling out of all control. I had met my partner at the time, I was drinking and using substances much more than I knew I should and spending endless cycles in and out of both St Luke’s and Bluestone, Rosebrook PICU. On one occasion, when I was on release from the ward overnight with my partner, I fell pregnant. This went unrecognised until I was 4 months along. Due to the medication I was on, my beautiful boy was born without thumbs and needing amputation from the right knee down. This traumatic time in my life was plagued with the nasty head of psychosis once again.”

“The lowest point in my life, which turned out to be a blessing in disguise, was when an altercation with my controlling partner resulted in myself spending seven months in HMP Hydebank. Whilst an inmate, it was clear to the prison guards that my mental health was deteriorating each day and psychosis was once again controlling my life. Because of this, I was transferred to the Shannon Clinic, a medium secure hospital where I met the first of my three life savers, Dr A East. He diagnosed me with Schizo-affective Disorder. Finally, a diagnosis which explained everything. I was no longer “cuckoo”, I was unwell.  My second life saver was Clozapine, a medication that massively improved my psychotic symptoms and made life itself a hell of a lot less scary and manic. My final battle was an attempt at living in the community successfully, a venture which had proved unsuccessful in the past.”

“In February 2020 I moved into Flat D, Locke House and met my third and final lifesaver, Praxis. Filled with nerves and excitement, I was introduced to the staff team and my support plan. At first, I saw the staff every day. We went on walks, had chats and cuppas, they helped me with my medication, supported me to attend the gym twice a week as I felt too anxious to travel alone on the bus and go into the gym on my own. Nothing was too much to ask and I knew they were always just a knock at the door or a phone call away. Slowly but surely, my confidence in myself grew and I felt prepared to go out into the world on walks on my own, do my own shopping and take on life solo.”

“After a year of living in Flat D, I moved out into a house in the community, my very own home. Staff helped me to clean the house from top to bottom, source furniture and organise and decorate my new abode just how I wanted it to look. I have been living here for just shy of 14 months and I attend Slimming World and a Spanish class each week, Action Mental Health as well as the drop-ins at Locke House twice a week, where I’ve met others who have been on journeys not so different from mine. I meet my CPN for a walk and a catch-up regularly, I manage my medication independently, I manage my home independently, my relationships with my family, my son and my friends are the best they have ever been, I have been sober for three years and counting, the list of positive changes in my life goes on.”

“At 50 I have truly been given a second chance at life. I am free from the sectioned, symptom ridden life I lead before the support I have now and I am so grateful for Dr East and the guys in Locke House for everything we have achieved collectively as a trio. I am finally happy, content and well. Life really does start at 50…” 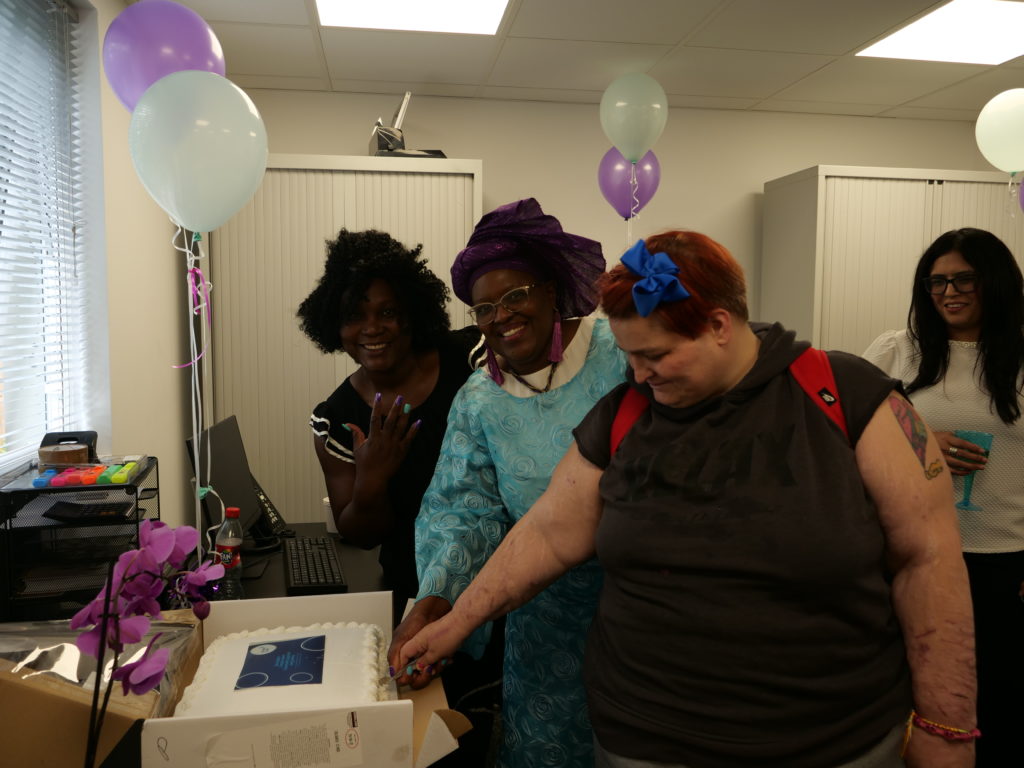 We recently celebrated the opening of our brand new Birmingham office with a launch party. Many staff and people we support came along and a great time was had by... 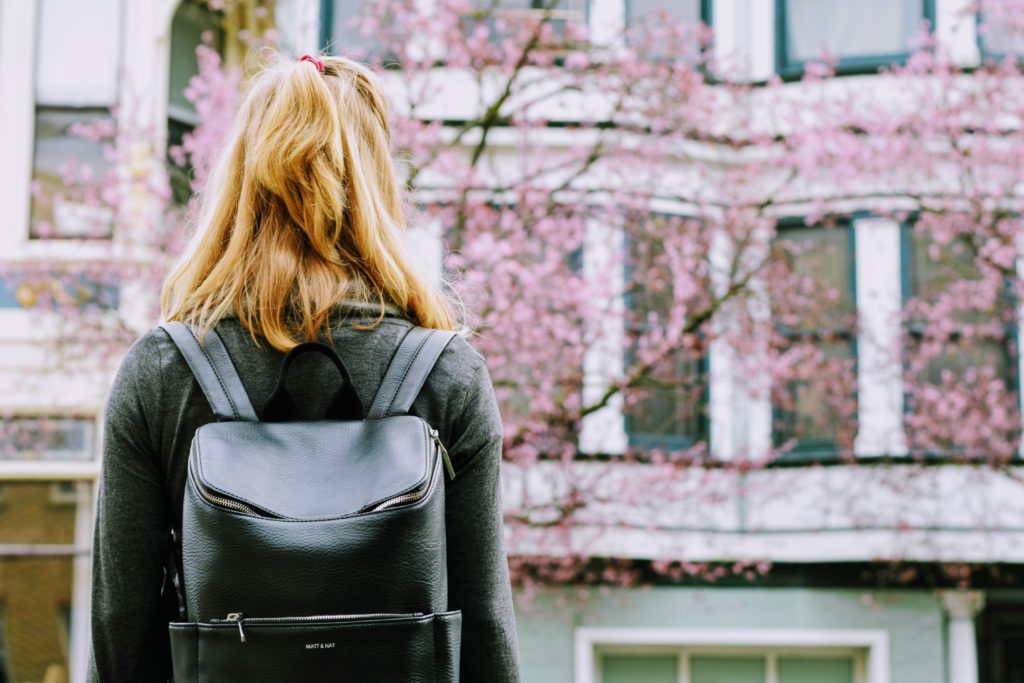 Jade has been volunteering with Praxis for the past few months, read about her experience below: It’s been so good getting to know the staff and the service users and... 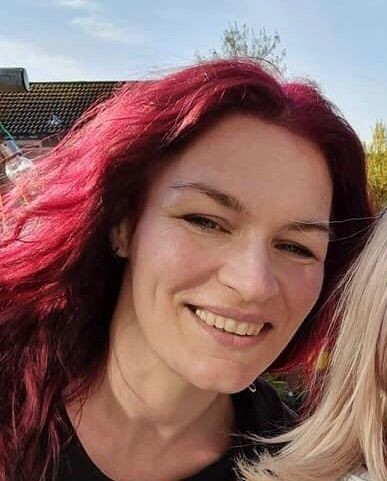 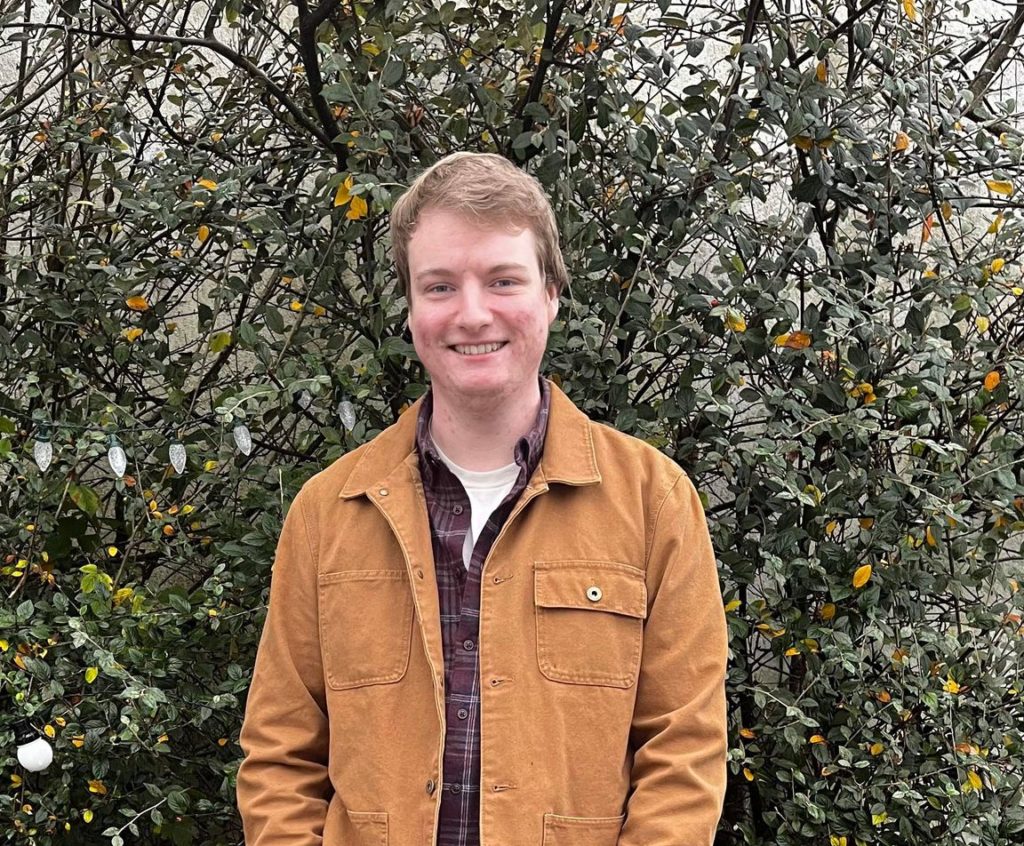 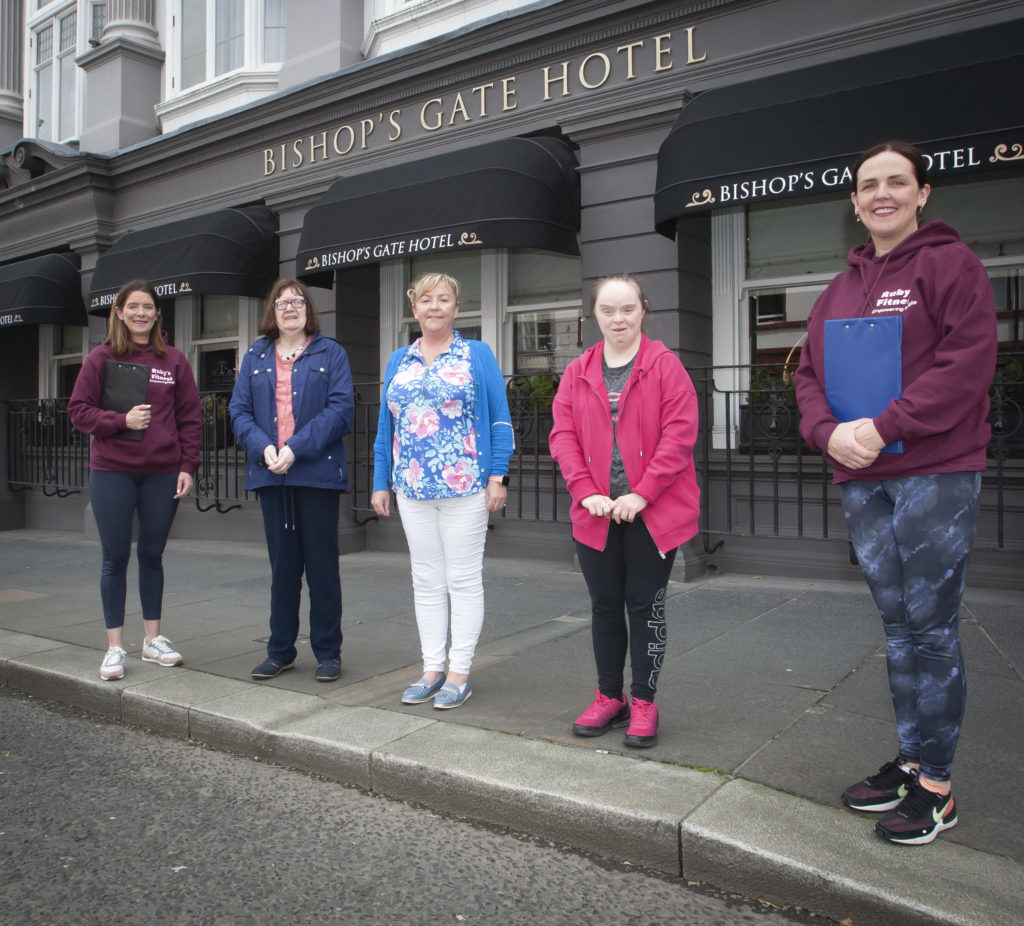 Staff at our Foyle CONNECTS Service in Derry/Londonderry have staged the first menopause information awareness session for people with disabilities and carers. Menopause has dominated headlines in recent months with... 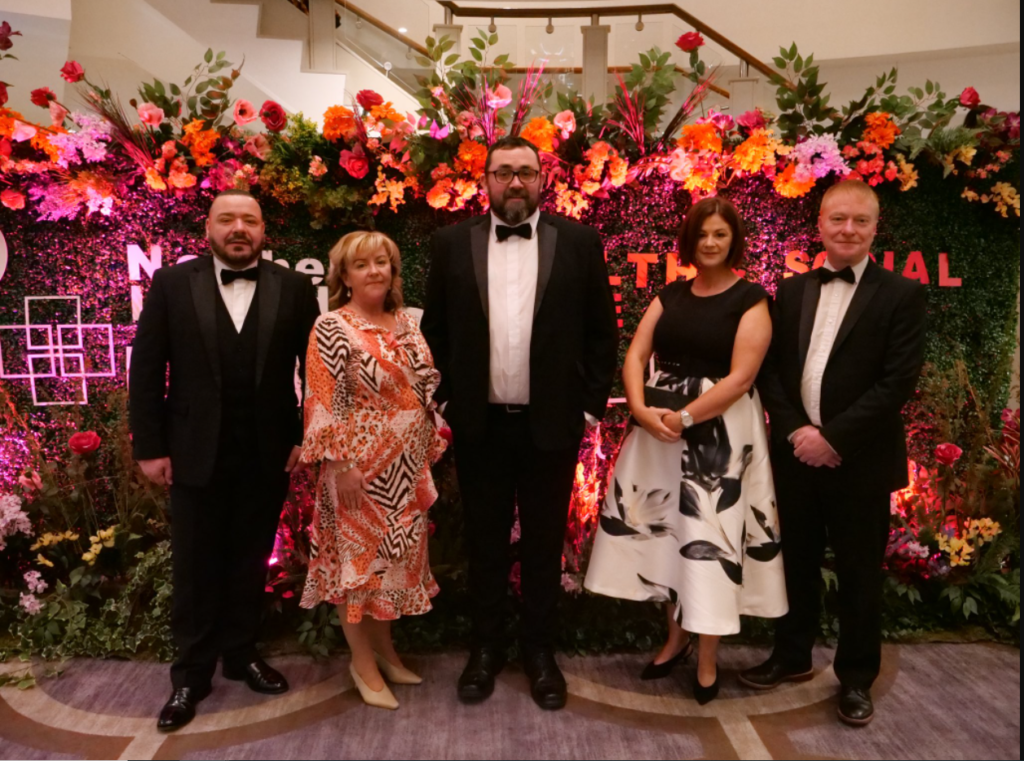 Praxis Care at the NI Health and Social Care Awards 2022

Praxis Care had a great night at the NI Health and Social Care Awards, which our CEO Andy Mayhew was on the judging panel for this year! A huge congratulations... 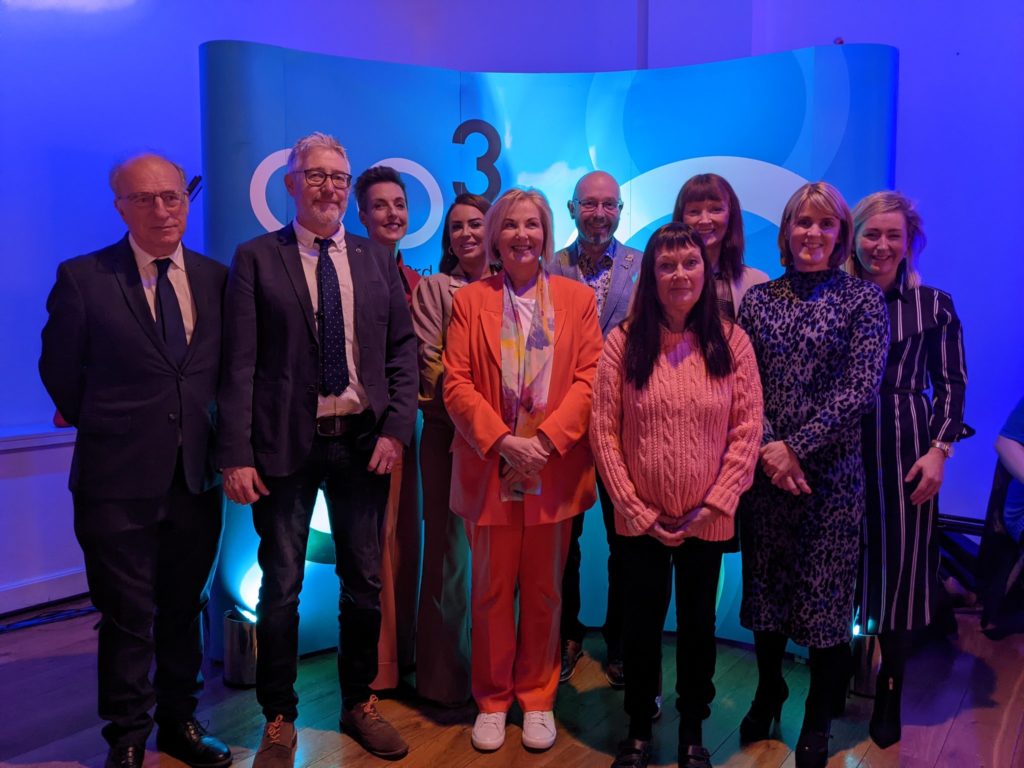 Praxis Care had a great night at the CO3 Awards 2022 last week, made all the better by two of our own bringing certificates home. Our Head of Operations, Ciara... 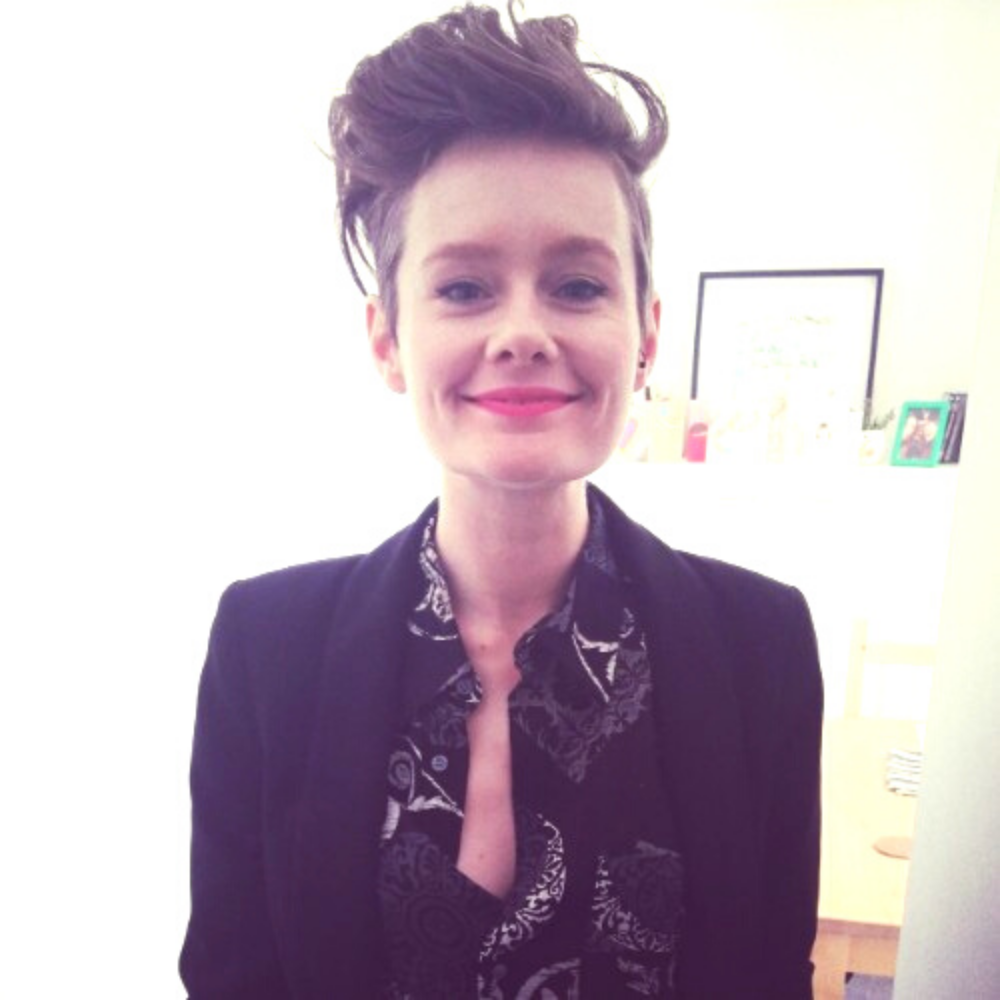 Interview In Magherafelt On Thursday, 25 August

Part-Time Roles Available In Magherafelt Interested in a part-time career with sociable hours where you can make a difference daily? Apply below! Short-listed candidates will be invited to our Magherafelt...